Is chocolate good for your teeth? 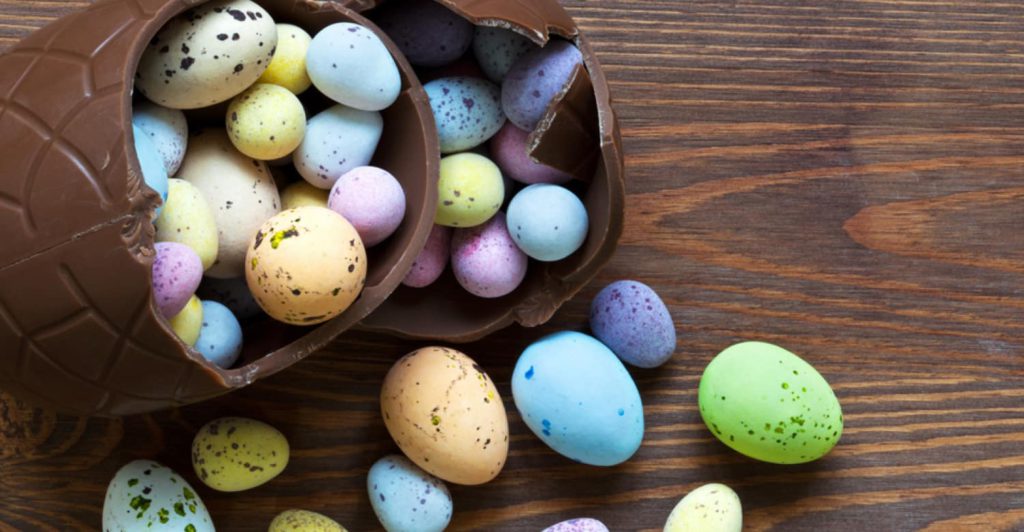 We are officially a nation of chocolate lovers – eating an estimated 660,900 tonnes of chocolate every year! But what damage is this habit having on our smiles?

Researchers have found that compounds found in chocolate may actually be more effective at fighting decay than fluoride. But alas, these compounds are found in the cocoa bean, long before it’s turned into a sugary chocolate egg.

If you really want to benefit from chocolate’s cavity-fighting properties, you’ll need to nibble on cocoa nibs, which unfortunately aren’t as tasty as they sound.

Is dark chocolate better for your teeth than milk chocolate?

It’s the sugar in chocolate that’s bad for your teeth. The bacteria in your mouth love sugar and will quickly turn it into acids, which can then wreak havoc on your teeth by dissolving their enamel and increasing your risk of tooth decay.

If you’re still keen to enjoy an egg of the chocolate variety this Easter (of course you are), then you can help your teeth by choosing one that contains less sugar. Not only does dark chocolate contain less sugar than milk chocolate, it also contains more of the original cocoa bean.

So if you’re lucky enough to choose your Easter egg this year, the darker the chocolate the better. You can also reduce the risk of damage to your teeth by saving your egg for mealtimes. Grazing throughout the day spells bad news for your teeth, subjecting them to repeated sugar attacks. Little and often is not a mantra that applies to sugary snacks – at least where your teeth are concerned.

You should also avoid brushing your teeth for at least 30 minutes after eating chocolate; otherwise you could damage your enamel, which is temporarily softened by the acids that result from sugar.

We hope this clears up whether chocolate is friend or foe, and helps you to limit any damage to your teeth. After all, who doesn’t love a Creme Egg at this time of year?